The Cleveland Cavaliers pay a visit to the Brooklyn Nets at the Barclays Center on Monday night.

The Cleveland Cavaliers have struggled all season as they’re still stuck on four wins and they will be hoping to snap a four-game losing streak after falling to the Raptors in a 106-95 home loss on Saturday. Tristan Thompson led the team with 18 points, 19 rebounds and three assists, Jordan Clarkson added 18 points off the bench while Rodney Hood and Alec Burks each added 13 points. As a team, the Cavaliers shot just 38 percent from the field and a miserable five of 22 from the 3-point line which just wasn’t good enough to hang with the league-best Raptors who were without their starting point guard in Kyle Lowry. George Hill returned to the starting lineup and had himself eight points but the news is that Collin Sexton will hold onto his starting spot. With the loss, Cleveland dropped to 4-18 overall and 3-8 at home. 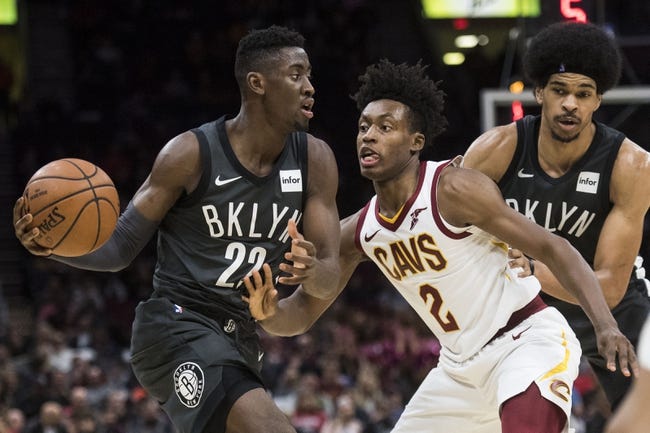 Meanwhile, the Brooklyn Nets have been in a real slump as they’ve lost 10 of their last 12 games and they will be hoping to snap a season-worst six-game losing streak after falling to the Wizards in a 102-88 road loss on Saturday. Allen Crabbe led the team in scoring with 14 points, Rondae Hollis-Jefferson added 11 points while DeMarre Carroll chipped in with 10 points off the bench but no other player scored more than eight points. As a team, the Nets shot just 37 percent from the field and eight of 33 from the 3-point line as they hung with the improving Wizards in the first half but the Wizards poured in 60 points in the second half to pull away and send the Nets to 8-16 on the season and 5-8 on the road.

The Cavaliers have had a couple of bright spots this season but overall it has been a bad start to the season and it doesn’t look like it is going to get better any time soon with all the injuries they have had to deal with. The Nets have been a little better than the Cavaliers, but not by much as they’re staring down the barrel at a possible seventh straight loss. The Cavaliers are just 1-10 on the road so far this season and I think that trend continues as the Nets pull out a much-needed win at home.