One July evening, Cedi Osman was seated inside a Las Vegas restaurant at dinner with LeBron James. Osman, less than a month removed from completing his rookie NBA season with the Cavaliers, had recently returned stateside after playing two FIBA World Cup qualifying contests with the Turkish national team.

James told Osman he planned on training in Los Angeles soon, and extended an invitation for the second-year small forward to work out with him.

“[LeBron] said, ‘If you wanna join me, you can come,’” Osman told Sports Illustrated from Istanbul, during a Skype interview. “I was like, ‘Of course. That would be perfect. I would like to join you.’”

But about a month later, when Osman showed up to the UCLA gym, he found James wasn’t the only one accompanying him. Fellow NBA superstars Kevin Durant and Kawhi Leonard arrived, too.

“I don’t know how I could describe my words about that,” he said. “For real, because those are the three best small forwards in the NBA, right? Like, the best.”

As the group started getting shots up, Osman struggled to contain his excitement. He said his hands shook during his first attempts. “It was going all short,” Osman said. “KD and ‘Bron was telling me, ‘Lift the ball up! Shoot the ball up!’ And I was like, ‘I can’t, man! I’m excited!’

The social mediasphere found the sight amazing, too. Although most reactions came in response to James, Durant and Leonard training together, specifically, Osman didn’t mind. For him, the value of the day went beyond internet clout.

“That was something that I think every player would want,” Osman said, “To work with those guys, to share the floor with them.”

Now, entering his second NBA season, Osman will have his first chance to prove he belongs without James. 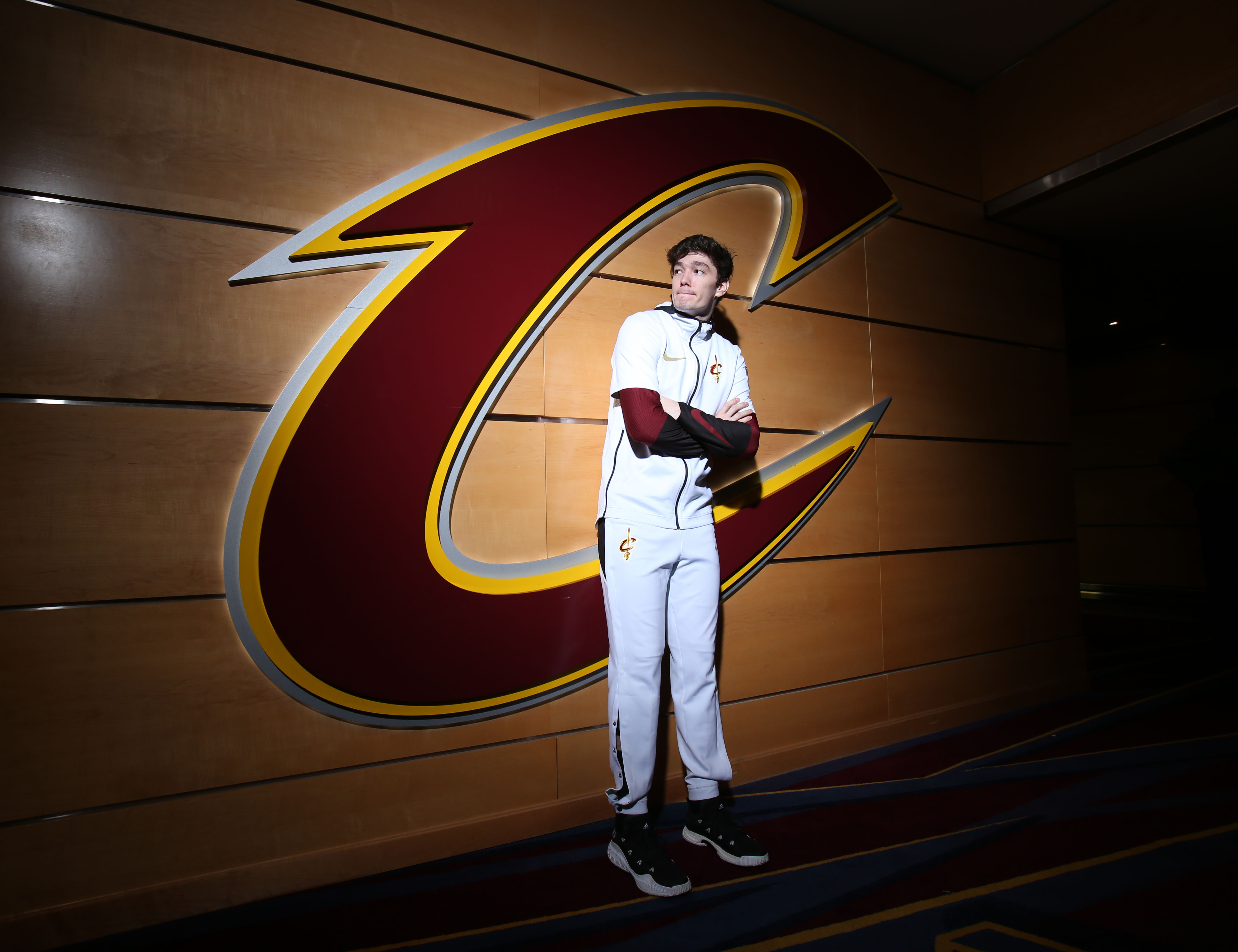 Before Cedi Osman was being personally invited to play pick-up by LeBron James—and before he faced the task of replacing James in the Cavs lineup after reaching the NBA Finals—Osman started life some 4,000-plus miles across the Atlantic.

He was born on April 8, 1995, in Ohrid, Macedonia, to a Macedonian father and Serbian mother and raised in Sarajevo, Bosnia, for nine years. Osman said his parents were basketball players, inspiration for both he and his older brother, Caner, to pick up the sport as children. Cedi said he remembers when they played on the same youth team, and Turkish coaches came to scout their squad. It wasn’t long before the coaches asked both Osman brothers to play for their club in Turkey, an opportunity they jumped at.

“We come to Turkey, went over there, practiced for I think four or five days maybe,” Osman said. “We played two games. They were like, ‘Thank you guys for coming. We’re going to let you know what we think.’”

The Osman brothers returned to Bosnia. Nearly a month passed without word from the Turkish coaches. One day, as the two were eating lunch, they spoke of playing in Turkey. At least we tried, they thought. Then, the phone rang—the call finally came.

Osman and his family would make a difficult and risky move to Turkey. His parents abandoned their jobs in Bosnia for their sons to live out their dream, and the two made the gamble count.

Cedi and Caner went on to play professionally with Anadolu Efes of the Turkish Basketball Super League. Caner began his pro career at 18, playing for six different clubs through the 2014–15 season, before becoming a coach in 2016. Cedi, whose pro career began at age 16, stayed with Anadolu Efes for six seasons from 2011–17, helping win the Turkish Cup and Turkish Supercup in 2015. He was named a three-time league All-Star.He also led the Turkish U–18 and U–20 teams to gold medals at the 2013 and ’14 European Championships, respectively. The Turkish outlet MONDO once wrote that Osman has the “status of a star.”

In 2015, Osman was drafted with the 31st pick in second round of the NBA draft by the Timberwolves, and his rights were traded to the Cavs. Two years later, after finishing a six-year career with Andolu Efes, Osman joined Cleveland in one of the most important season’s in the franchise’s existence. 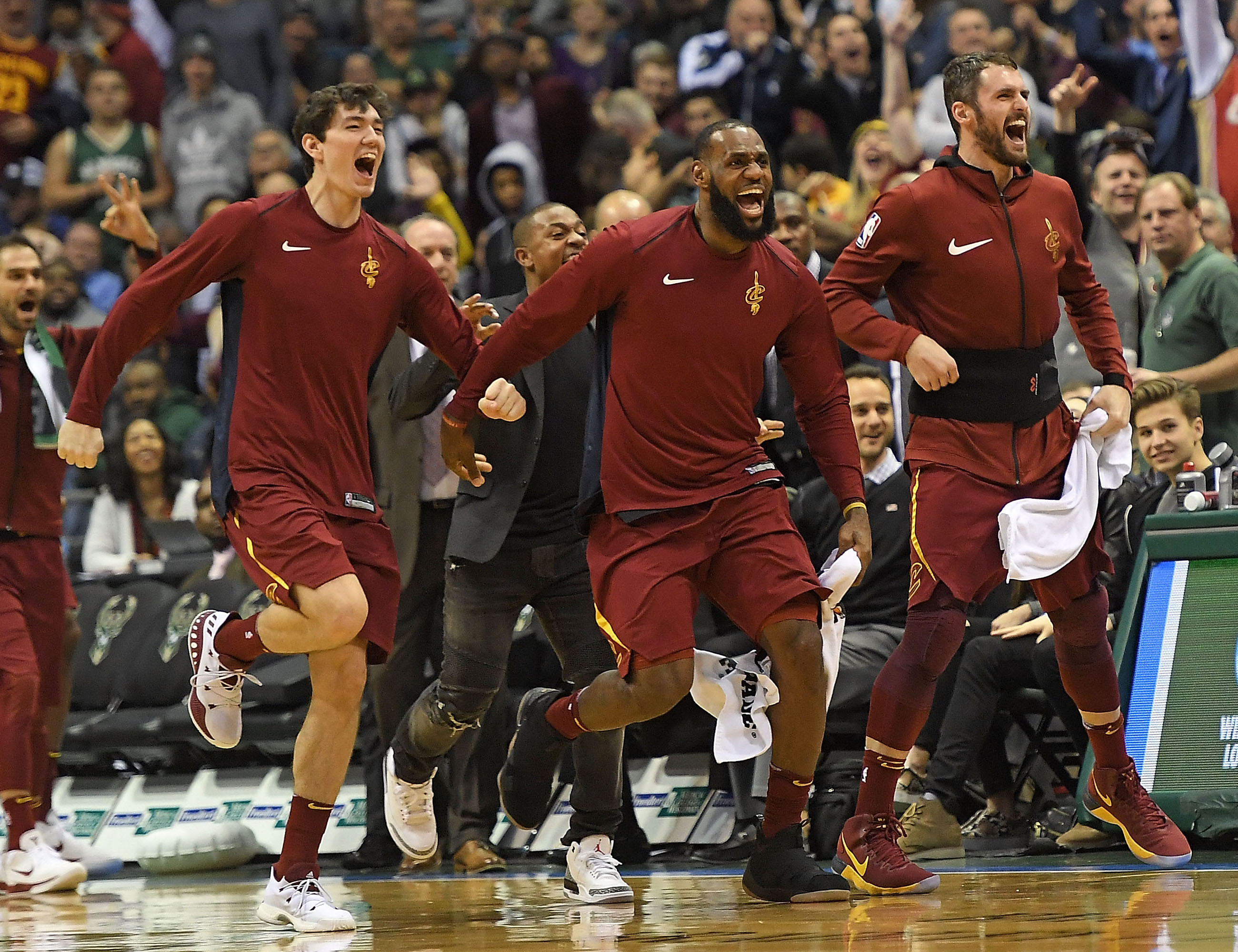 Osman’s rookie NBA season dropped him onto a veteran squad hellbent on reaching the Finals for a fourth straight season. He just wanted to fit in.

“LeBron James, K-Love (Kevin Love), J.R. (Smith), Tristan (Thompson)… Those guys are, like, amazing,” Osman said. “When I met them for the first time, I was so excited. My expectation for the first year was to work hard, and whenever I get a chance, whenever I get on the floor, to do my best.”

More than anything, Osman pondered playing alongside James. “How can I be good with him?” he said he thought. “How can I earn his respect?”

His first impression wasn’t ideal. In a scrimmage during their first practice together, James infamously stepped on Osman’s foot and twisted his ankle. James left for the cold tub while the scrimmage continued, but Osman wondered, “‘Man, what am I gonna do now?’ Because I’m (a) rookie, first practice, and he gets injured.”

But James told Osman not to worry and to keep playing hard. From that point on, Osman believed he could establish a good rapport with James. The world saw proof, like when James hit a game-winner against Minnesota and celebrated with Osman, chest-bumping mid-air. There was also the time James danced on the sideline after Osman crossed over a defender and hit a stepback jumper.

“[LeBron would] always tell me that I was always playing hard, that I give my best every time,” Osman said. “I think that’s why he, let’s say, liked me. And we had a good relationship because of that.”

Osman earned the respect of his teammates and coaches. He played more than he expected, making 12 starts in 61 appearances during the regular season, along with 14 appearances in the playoffs. He put together a statline of 3.9 points, 2.0 rebounds and 11.0 minutes per game as a rookie.

The most invaluable experience for Osman last season, however, was playing with James, something he’s still in awe over.

“I remember playing with him on 2K,” Osman said. “Then you just saw him—you’re playing with him, together. You’re passing to him. You’re sharing the floor together with him. It was like a dream. He’s an amazing person, character. Amazing… I can’t even talk about how good he is at basketball. He’s the best in the world. It was amazing. A real dream.”

Osman studied James’s habits intently. When Osman noticed James would enter the Cavs’ facility early, often between 7:30 and 8 a.m., Osman would think to himself, “I have to be earlier. I have to come first over there. I have to start working first if I want to be good.”

Some of the most memorable conversations Osman had with James centered around being positive and maintaining high energy. Osman embraced James’s willingness to push teammates on the court, insisting that being in the three-time champion’s presence was immeasurable.

“Even if he didn’t talk to me,” said Osman, “Even if he don’t say anything, it was enough just watching him playing or watching him, how he practices and how he reacts on the floor and off the floor. He’s an amazing person, man.” 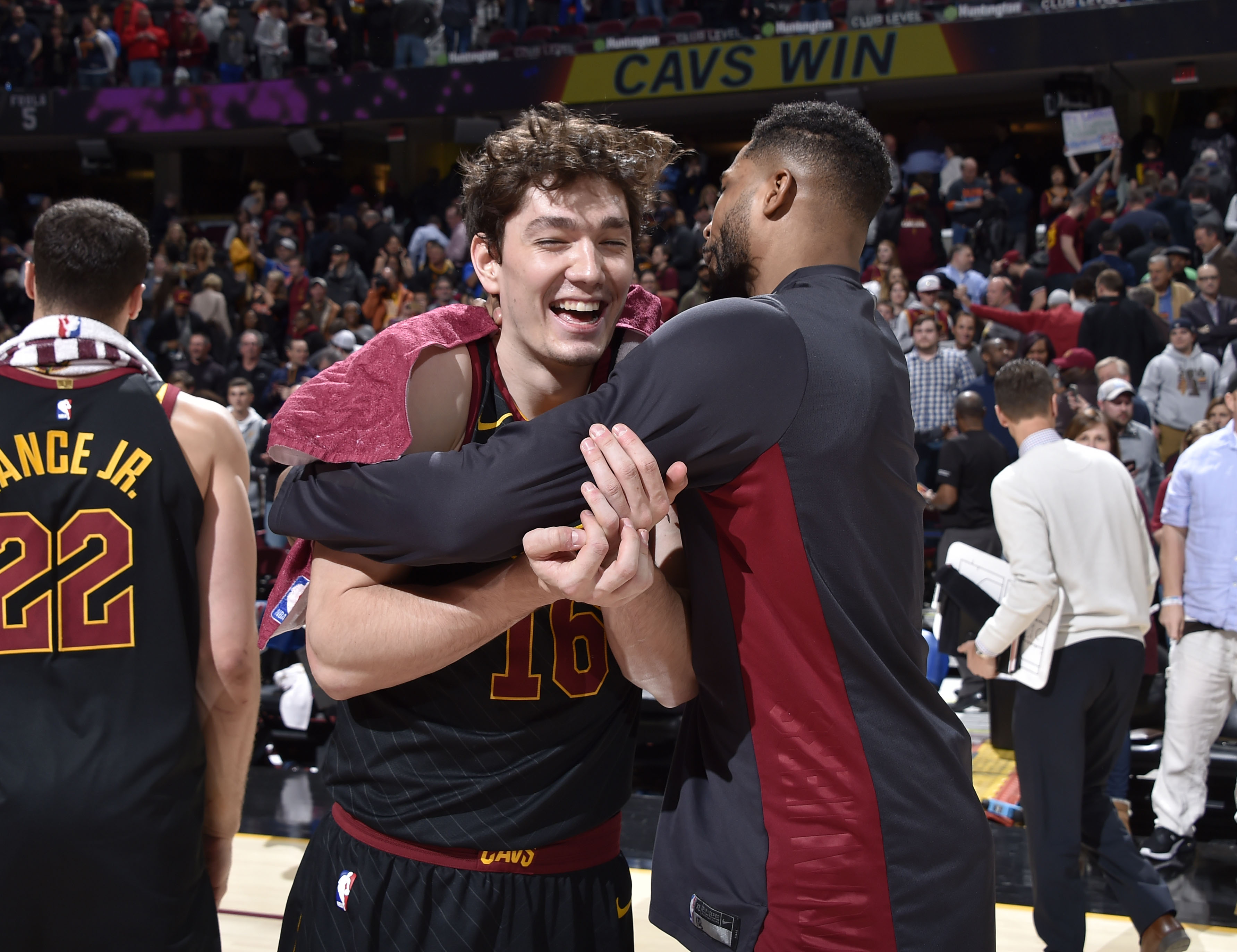 The workout at the UCLA gym earlier this summer wasn’t the first time James handpicked Osman to play alongside him. When the Cavaliers overhauled their roster at the 2018 trade deadline—a flurry of moves which included James’s input and was executed by Cleveland’s general manager Koby Altman—Osman was retained.

Osman—along with Jordan Clarkson, Larry Nance Jr. and Rodney Hood—represented a collection of young players brought on to help James pursue an NBA championship in what would be his last season in Cleveland. Their presence initially provided a shot of energy which, at the time, the Cavs desperately needed and James embraced. (“We have a f—ing squad now,” he said in February.)

Now, with James in Los Angeles for good, Osman will be thrust into a more significant role. There is still the veteran core of Love, Thompson, Smith, and George Hill, along with offseason additions Sam Dekker, David Nwaba and first-round pick Collin Sexton, to try to keep Cleveland afloat.

Even with Dekker and Nwaba’s arrival—two small forwards who are near the same stage as Osman in their development—Osman said his coaches have told him he will have an opportunity to play significant minutes this season, and he’s used the offseason to prepare for it.

Following the Finals and a short vacation, Osman remained busy. He starred with the Turkish national team during its World Cup qualifying stretch, averaging 19.3 points in four games. During NBA Summer League action, he flashed potential, averaging 20 points, 8.0 rebounds and 4.5 assists in two games. He showed up to his self-titled basketball academy, which his brother operates.

So, despite Osman losing his role model in James, he said that his offseason “has been great, actually.”

When asked what he expects from himself entering his second NBA season, Osman said he wants to take more responsibility, offering the sentiment with a determined tone.

“I was a rookie last year,” Osman said. “I know what I’m capable of and I had that chance to show that on the national team, but also, more importantly, the Summer League. So I think that a lot of people saw what I’m capable of and what I can do. So that’s why my expectations for this season, and my goal for the season, is to take more responsibility.”

He’s not the only young Cavs player to share a similar belief. Clarkson, who averaged 26.0 points, 6.5 rebounds and 5.5 assists at the 2018 Asian Games, told Cleveland.com that he feels the team is “going to shock a lot of poeple this year” following James’s departure.

With training camp already here, Osman looks forward to building off his rookie campaign and encouraging offseason. He says he’s ready to take on the opportunity.

“I’m ready for that,” Osman said, confidently. “I was working for that. Now I’m going to have a chance to show people what I’m capable of.”

David Nwaba turned down multi-year offer from the Pacers to sign with the Cavaliers
2018-19 Cleveland Cavaliers player preview: David Nwaba