Dan Gilbert bats down rumors that he is buying the Tigers 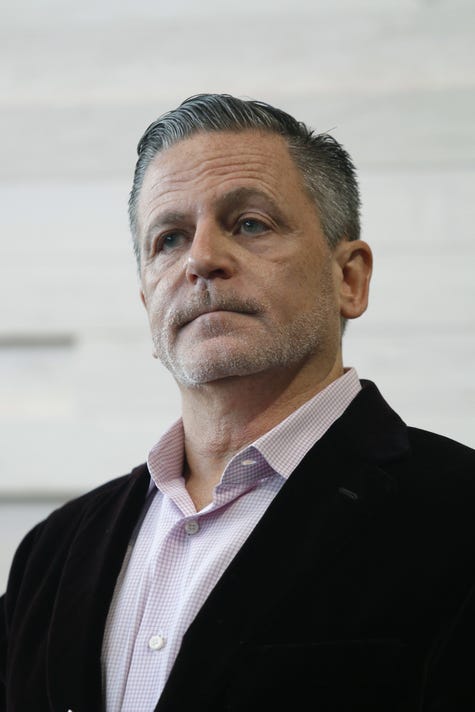 Billionaire businessman Dan Gilbert told a crowd of reporters Thursday that he has no interest in buying any additional sports teams, batting down speculation that he may be looking at the Detroit Tigers or even the Detroit Lions.

“No, we don’t even think about it,” Gilbert, who owns the Cleveland Cavaliers NBA team, said during a building groundbreaking ceremony in downtown Detroit. “The truth of the matter is is that the stuff that was out earlier — there was nothing there.”

Whispers that Gilbert is in the market for a Detroit sports team reached a new intensity this fall after an obscure sports website reported that he is working to buy the Tigers.

That rumor followed reports about Gilbert’s possible intention to sell Greektown Casino-Hotel in Detroit. The $1-billion pending casino sale later turned out to be true.

More: Is Dan Gilbert trying to buy Detroit Tigers? Here’s what we know

More: Dan Gilbert about to break ground on Detroit’s next big thing

Gilbert also told reporters Thursday that they should focus their inquiries more on the owners of Detroit’s sports teams, not rumored buyers, and suggested that he is busy enough constructing downtown high-rises without the added concern of acquiring new teams.

“The team owners in this city are committed to the future,” Gilbert said. “You really should focus on a sports team’s sellers. The sellers gotta want to sell something, and we’ve got our hands full. Believe me, our plate is full.”

The Tigers are owned by the Ilitch family and Martha Ford is the principal owner of the Lions.