Once again, J.R. Smith has tested the boundaries of NBA players’ freedom of expression. Two months after the Cleveland Cavaliers guard debuted a tattoo that contravened Article XXXVII of the NBA’s collective bargaining agreement, Smith has made himself eligible for an NBA fine by publicly requesting a trade. The request occurred in response to a reporter’s question following Thursday’s practice. Smith, a starter for most of the 2017-18 season but now a benchwarmer, was asked if he wanted to be traded. He answered, “Yeah. Honestly. They know. They don’t want me, so they obviously know.”

Smith will likely avoid a fine, the possibility of which was first reported by ESPN’s Adrian Wojnarowski. On Friday, NBA commissioner Adam Silver revealed that he spoke with Cavs general manger Koby Altman about Smith’s remarks. Silver believes Altman will “find a way to deal with it” and that it probably “won’t be necessary for the league office to get involved.”

The prospect of the NBA fining a player for requesting a trade might seem misplaced. The player is simply being honest and the request itself is a sequence of inoffensive words. The ability to speak openly is also a hallmark of the First Amendment, which in many contexts protects a person’s right to speak from government prohibition.

The analysis is different for the NBA, a joint venture of privately-owned teams that collectively bargains workplace rules with players. The NBA regards a trade request as detrimental when it is publicly aired by a player or his agent.

Consider how a player who uses a public forum to request a trade can cause problems for a bevy of persons. Take the coach, who must then answer journalists’ questions about the player’s demand. The coach might also detect more friction in the locker room, with teammates aware of the player’s plea to leave and potentially impacted by its surrounding controversy. If a team’s chemistry is damaged by a disgruntled player, the team might play worse—which could snowball into losing games.

• MCCANN: Why the Prosecution Won in the College Hoops Corruption Trial and What’s Next

Fans of a team might also be turned off by a player who wants out. In turn, those fans might become less interested in following the team, at least in the short-term. In reality, it seems unlikely that this concern would morph into a significant worry. Usually the player has a specific reason for leaving that is unrelated to the fans or to the city. For instance, the player (like Smith) might be unhappy with his playing time or irritated by an undefined role. Or the player might dislike the coach or general manager. Or he could be displeased with his contract. Still, to the extent a player’s trade request interferes with the relationship between a team and its fan base, the team and NBA would have greater reason to deter public trade requests.

In that same vein, the NBA knows that if it declines to fine a player for detrimental conduct, the league misses an opportunity to deter other players from engaging in that same misconduct. Take the league’s anti-tampering policy, which governs owners, team executives, coaches and—yes—players. The policy prohibits these persons from making statements that are intended to entice players and coaches who are contractually bound to other franchises. As detailed in Article 35(e) of the league constitution, players are explicitly bound by the anti-tampering policy. In fact, players who violate Article 35(e) can be fined and even suspended. Yet, as I explain in my SI feature on NBA player tampering, players routinely attempt to induce players on other teams to join them. This occurs through player-to-player conversations, texts, phone calls and players using social media to create and post images of recruited players wearing new uniforms. The league appears to have acquiesced to player tampering, as there is no record of a player being punished for tampering (the lone exception isn’t really an exception: in 1999 the NBA warned, but did not punish, Chicago Bulls center Will Perdue that his public comments about San Antonio Spurs center Tim Duncan could be construed as tampering). Players know that the league does not aggressively enforce 35(e) and thus it lacks deterrence.

Perhaps with achieving greater deterrence in mind, the league has treated players’ public trade requests with much more scrutiny than it has player tampering. In fact, the NBA has fined several players in recent years for public expressions that the NBA interprets as trade requests. Last year, the NBA fined Phoenix Suns guard Eric Bledsoe $10,000 for tweeting “I don’t wanna be here.” In 2015, another Suns player, Markieff Morris, was fined $10,000 after telling the Philadelphia Inquirer that he would not be back with the Suns and also tweeting his “future is not in Phoenix.” Public trade requests by agents on behalf of their NBA player clients have also led to sanctions. In 2009, then-NBA commissioner David Stern fined New York Knicks guard Nate Robinson $25,000 because Robinson’s agent, Aaron Goodwin, told reporters he demanded the Knicks trade his client. 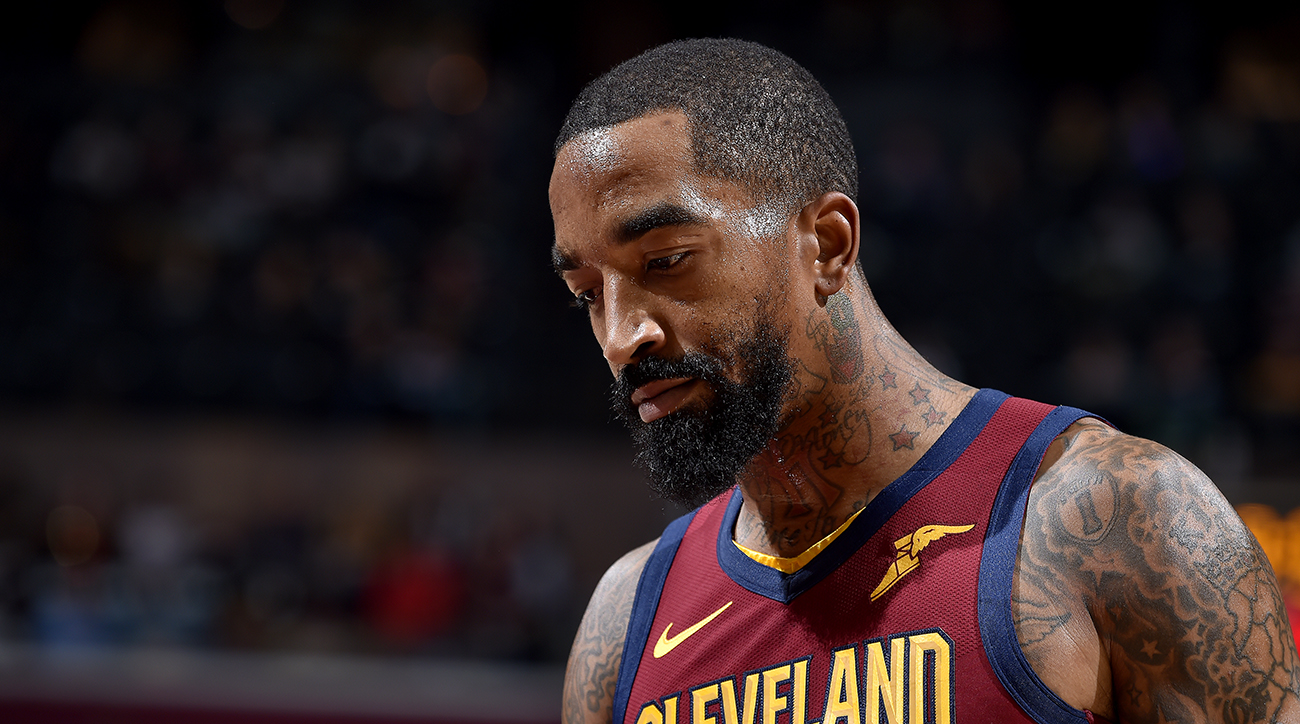 The legal ability of the NBA to punish players for publicly requesting a trade stems from Article 35(d) of the league’s constitution:

The Commissioner shall have the power to suspend for a definite or indefinite period, or to impose a fine not exceeding $50,000, or inflict both such suspension and fine upon any Player who, in his opinion, (i) shall have made or caused to be made any statement having, or that was designed to have, an effect prejudicial or detrimental to the best interests of basketball or of the Association or of a Member, or (ii) shall have been guilty of conduct that does not conform to standards of morality or fair play, that does not comply at all times with all federal, state, and local laws, or that is prejudicial or detrimental to the Association.

In applying this language, Silver (1) has the sole authority to determine if a player’s statement, whether made through the player himself or his representative, is detrimental to the NBA; and (2) can decide to fine the player up to $50,000 or suspend him. Players are, or should be, well aware of this language. It is attached to the Uniform Player Contract that every player must sign and is incorporated into the CBA as an exhibit.

A better approach for unhappy players: Seek a trade while behind closed doors

The NBA knows that every season, some players become disgruntled and want to join other teams. This phenomenon obviously isn’t unique to NBA players or athletes. It is human nature for some employees of any employer to become unhappy for a whole host of reasons and then seek new jobs. It’s how the person pursues a new job that can make all the difference.

The league takes no action against players who, outside of the public’s eye, demand their coaches or general managers deal them. Even if the player “leaks” such information to a media company, it’s extremely unlikely, if not implausible, that the league would even attempt to obtain evidence connecting the leak to the player.

Consider the incessant trade rumors swirling around Minnesota Timberwolves guard Jimmy Butler. Even though Butler has publicly expressed frustration with the Timberwolves, he and his agent, Bernie Lee, have carefully avoided saying that Butler wants a trade. This was apparent in Butler’s notable and lengthy interview with ESPN’s Rachel Nichols, where Butler vented about his experience with the Timberwolves and stressed that he “just wants to be appreciated,” but avoided linking those sentiments to any kind of trade demand. It seemed clear that Butler was mindful of the rules and acted accordingly.

Dancing around the truth may seem disingenuous, but for a player it can save him a five-figure fine and possibly make it easier for his team to grant him his wish: a trade.

Michael McCann is SI’s legal analyst. He is also Associate Dean of the University of New Hampshire School of Law and editor and co-author of The Oxford Handbook of American Sports Law and Court Justice: The Inside Story of My Battle Against the NCAA.